It’s possible for leaders to learn how to be funny, and in turn increase their influence at work, according to business storyteller Yamini Naidu.

“In leadership, influence means getting people who turn up to turn on,” Naidu says in her book Power Play

She says that in a time where work has become “burdened with an often unnecessary gravitas” and can be “tiring and demanding”, one strategy leaders can use to lighten the mood while increasing their influence is humour.

“In the world of influence, humour is the new frontier. “You know how you feel after a good belly laugh. Your brain and body are flooded with endorphins, you feel recharged, more optimistic, happier… Imagine amplifying this across your team and your organisation?”

Using humour for influence at work goes beyond leaders “telling the occasional gag”, Naidu says, but it’s also not about becoming the office joker.

Instead, it’s about applying humour in settings that “correlate with who and what you want to influence”.

“Using humour authentically and with integrity can be taught and learned. It’s all about finding your personal style and voice, and then having the courage to try,” Naidu says.

How to be funny

Leaders can learn humour by progressing through the three levels of the ‘humour matrix’: amateur, apprentice and master. Each of these levels involves three components: their mental and emotional state, the content leaders use, and the potential results of their efforts.

“We start off as humour amateurs because we see humour as a tool that can help us move from the humdrum to the sublime,” Naidu says.

She suggests a simple step leaders can take is to Google jokes about professionals and then adapt them to their situation.

Naidu, for example, adapted the joke ‘How many lawyer jokes are there in the world?’ to her circumstances by replacing ‘lawyer’ with ‘economist’. (The answer: “only three. The rest are true stories.”)

Leaders should also practise imitation, she adds. “Who do you find funny? Can you appropriate some of their humour and style? Note their sense of timing and use of language, then slowly evolve your own.”

When leaders begin using humour with purpose or start actively thinking about how they could make their message funny, they become a humour apprentice.

“As a humour amateur you copy; as a humour apprentice you curate. You find the best ideas and adapt them for your own context… If you have a funny palette, use it; if observational comedy is your forte, own it; if you have comic timing, then that is your authentic funny self,” Naidu says.

To become a humour master, leaders must find their authenticity – who they are, not who they try to be, she notes.

They will know they’re ready when they “seize every opportunity to publicly practise [their] humour as an influence tool”.

“As humour masters, we also begin a kind of transcendence into a lightness of being… A lightness of being, the ability to laugh with others and at yourself, and to use self-deprecation as a controlled form of humour, are benchmarks of a balanced personality.

“This does not detract from your professional image or standing; rather, it enhances your humanity, making you more attractive and memorable.”

She gives the example of business magnate and Virgin founder Richard Branson, who once lost a bet to AirAsia chief Tony Fernandes, resulting in Branson putting on an AirAsia uniform, make-up, high-heels and stockings, and serving passengers on an AirAsia flight.

“Of course humour mastery does not require you to be wacky or zany, but it does require you not to take yourself too seriously.” 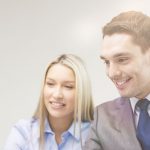