“My take on integrity is it’s the personal drive to do what’s right. It’s to advise without fear or favour and to have the character to not just know right from wrong but to speak up and challenge as necessary,” Suzette Corr, general manager human resources for ANZ.

However, integrity is one factor which most people believe they possess but unfortunately come up short – a fact which Corr said also made her do some personal soul searching.

“I used to think it was easy – you just do the right thing!” she said.

For HR leaders, integrity is something that is absolutely critical as the function directly impacts thousands of employees and millions of customers and stakeholders.

“Imagine the powerful force for good HR could be if these people, whose profession is humans, embraced an understanding of ethics and integrity and acted upon and spoke up to ensure the right thing was done?”

This quality is certainly required to ensure that trust levels in businesses don’t plummet – meaning it is a characteristic that HR can definitely bring to the leadership table.

“I think some CEOs and executives expect this and have explicit agendas,” she said. “You could challenge the notion – and I have – and say every executive should bring this [to the table] but I think there is an added responsibility for HR.”

Nurturing the human side of HR shouldn’t be at odds with the business aspects of the function, Corr added; “I think we can be both human focused as well as commercial.”

To take a more balanced perspective between these two extremes, she suggested looking at the three domains of ethics, economics and governances which to her are the three main drivers behind smart decision making.

“I think about it this way. If you were absent from the executive table, what perspective or influence would be missed that would sub-optimise the call? It has to be that perspective only you can bring by dint of this balance.” 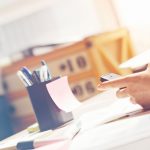 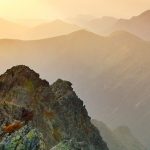 Promote the bigger picture at workRecruitment